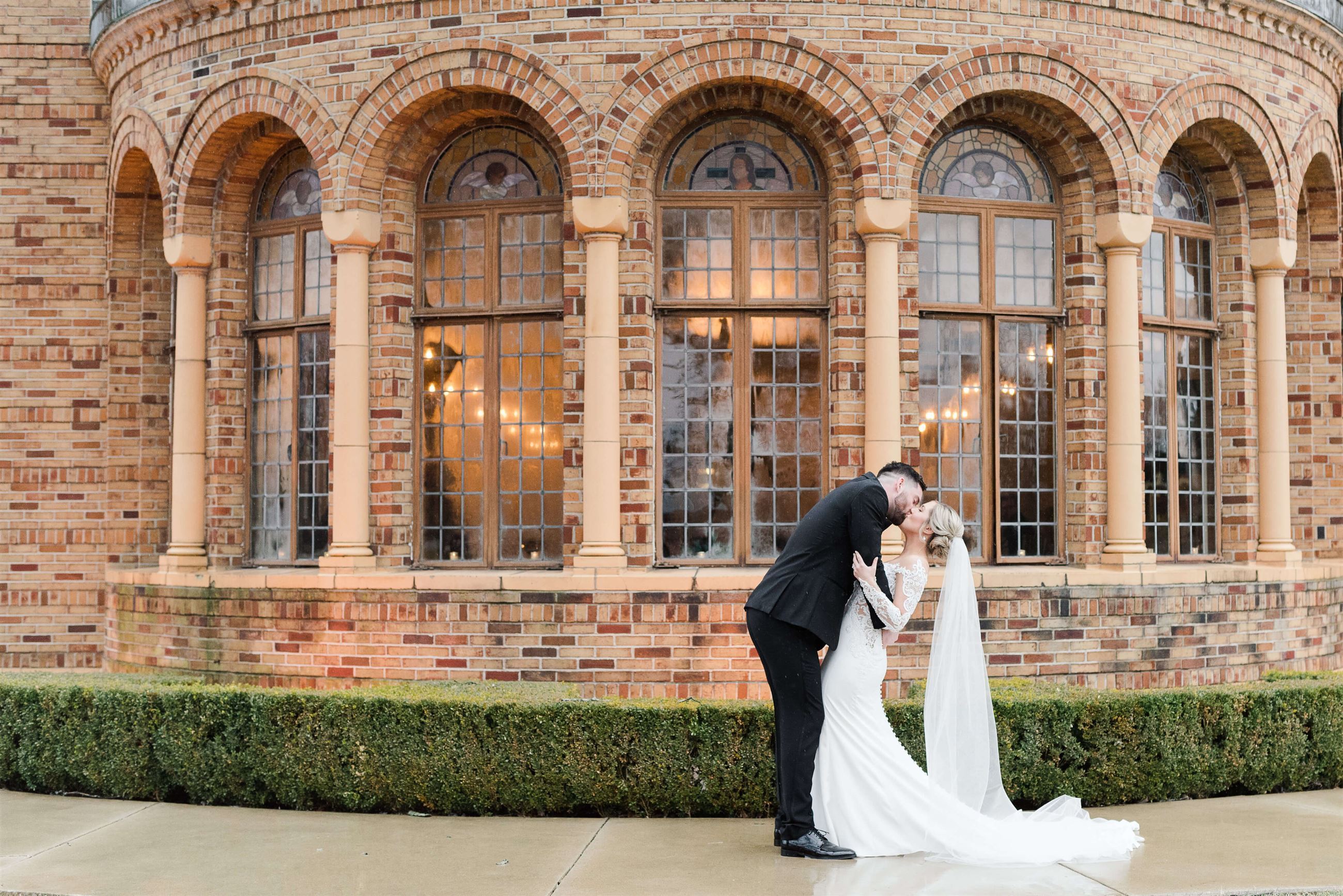 Evan and I had class together our freshman year at Michigan State University. I told my best friend that there was a cute guy in my math class and that I wanted to meet him. She ended up giving him my number and we started texting and hanging out that summer. We started dating and then one year later we moved in together and bought a puppy! Fast forward 4 years, we had moved to Minneapolis so that I could attend graduate school and we went hiking at a park called Minnehaha Falls. We were posing for a picture in front of the big waterfall and he got down on one knee. It was so special and perfect.

We got married outside of Toledo, Ohio in a small town called Grand Rapids on March 30, 2019. We decided to have the wedding in Toledo, Ohio because it was the halfway point between both of our families. Evan grew up in a small town in southeastern Ohio and I grew up in Lansing, MI. Our venue, Nazareth Hall, is one of the most beautiful I have ever seen. It was the only venue that we toured and the minute we pulled up the driveway, I knew it was the one.

I would describe our wedding as: simple, elegant, and romantic. It rained the entire day, but I know that it means good luck :) Evan and I had always wanted a winter wedding, but due to timing it wouldn't have worked out. Instead, we decided on early spring and much like the Midwest, the rain turned to snow after the sun went down. This made the day even more perfect because I was able to have my "winter wedding" in March and the snow matched my long sleeve dress!

My favorite part of the entire day was my walk down the aisle. After much debate, we decided not to do a first look and I am so happy we didn't. It was so special to see each other for the first time during the ceremony. It was so emotional and amazing.

The day would have not been possible without my mom, sisters and best friends. A huge thank you to Angelina at Fantastic Finds - she listened to my vision and brought me the most perfect dress. I had gone to 2 other bridal shops and tried on about 20 other dresses before finding mine. It had everything I wanted and I felt like the prettiest bride on the planet in it!

BACK TO ALL LOVE STORIES