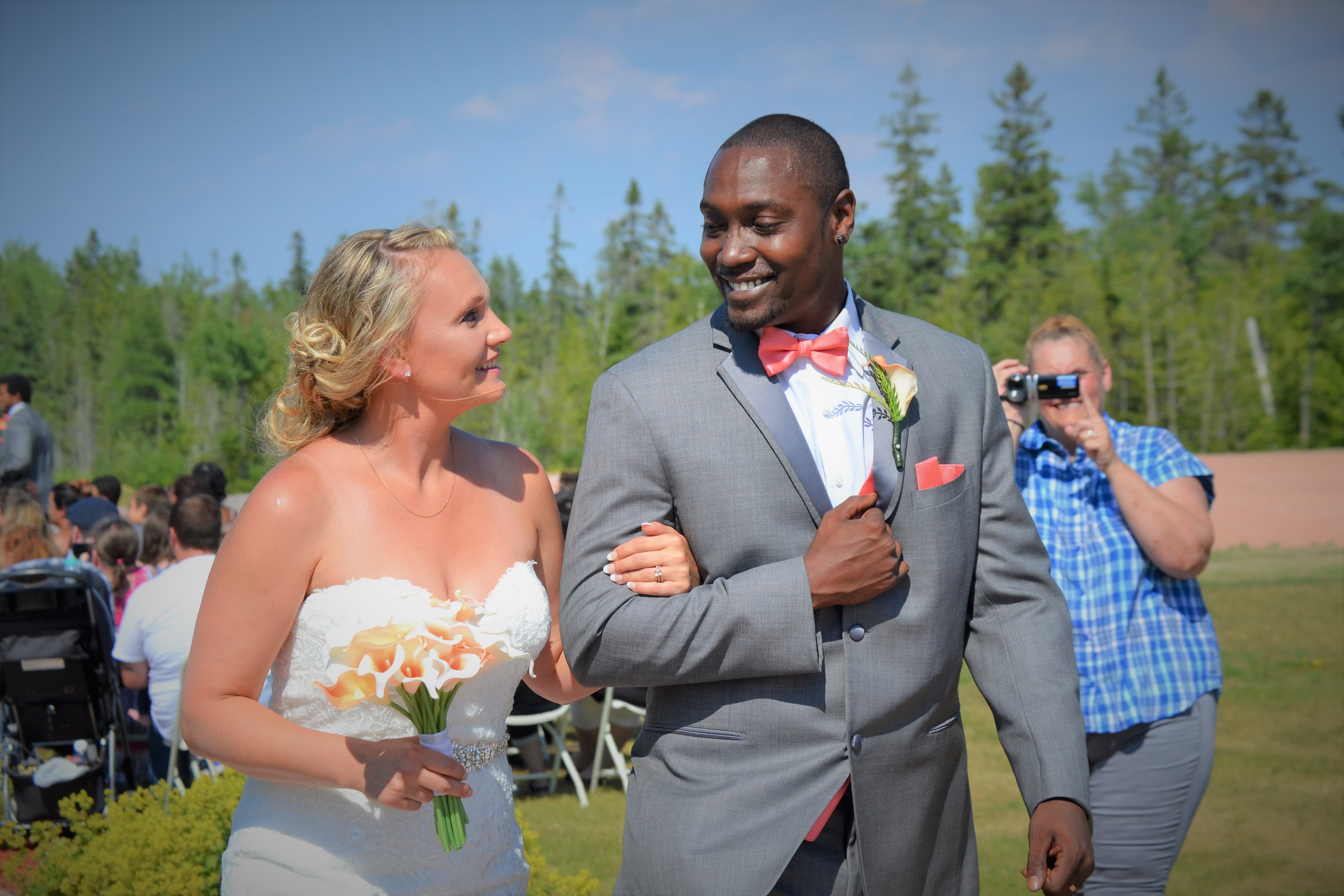 "I met Terrance in 2009, and I didn't talk to him much. I have always been a little shy when it comes to meeting new people.
We would bump inot each other here and there but never said much but, "hi."
Then in 2011, something sparked between us and we started dating.
After 4 years, he had planned on asking me to marry him, until one of our friends spilled the beans and asked to see my ring. He didn't even ask yet!
I was a little confused on what she was talking about at first. But, he was so mad because that was supposed to be a very special day for him and it was ruined.
So, he waited two more years until he asked me again. By then, I never thought he was going to pop the question.
The day he finally proposed was July 21, my mother's birthday. I will never forget that day, I cried so hard. I told him, "I thought you were never going to ask!"
Now, today, we are married and I am finally Mrs. Bellamy and I couldn't ask for a better man in my life.