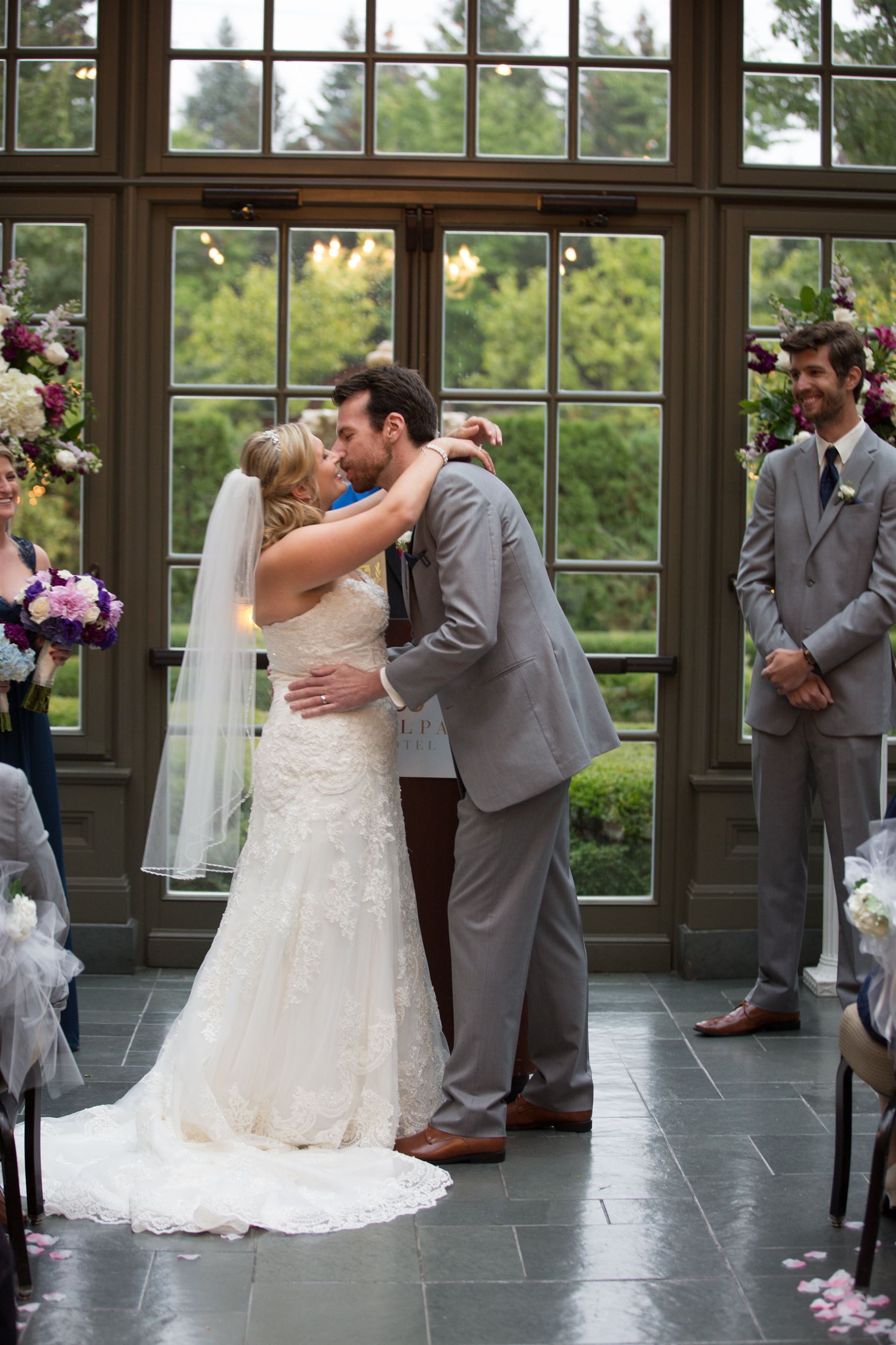 Alex and I met while working at the Kellogg Center on MSU's campus. Alex worked in the kitchen and I was a server. We became friends first and started dating about a year later. We dated for about four years before getting engaged on a cruise to the Bahamas. Alex took me to the back of the ship on the first night so we could look out to the sea. He then got down on one knee and asked me to marry him. We waited about a year and a half before getting married.

We officially tied the knot October 14, 2017. We got married at the Royal Park Hotel in Rochester. From dusk till dawn, it poured downr rain. Luckily for us, our ceremony and reception were both held at the beautiful hotel so we did not have to step outside at all. The rain worked in our favor and provided the perfect lighting during our ceremony in the conservatory of the hotel. Our photographer also had the great idea of going outside later that evening so we could take pictures at night in the rain under an umbrella. These pictures turned out to be some of our favorites.

If I could do one thing differently about the wedding, it would be to not spend a lot of money on flowers. The vendor we chose did not provide us with the best quality, nor did we get what we asked for. The flowers were way too expensive for what they were worth and we could have done without them.

Advice I'd give to a new bride would be to stay organized. Everything that I had planned ran smoothly and the only things that caused some bumps were out of my control. Everyone always says the day flies by. It does, but when you don't have anything to stress about, you're able to enjoy every moment of it!

Back to All Love Stories