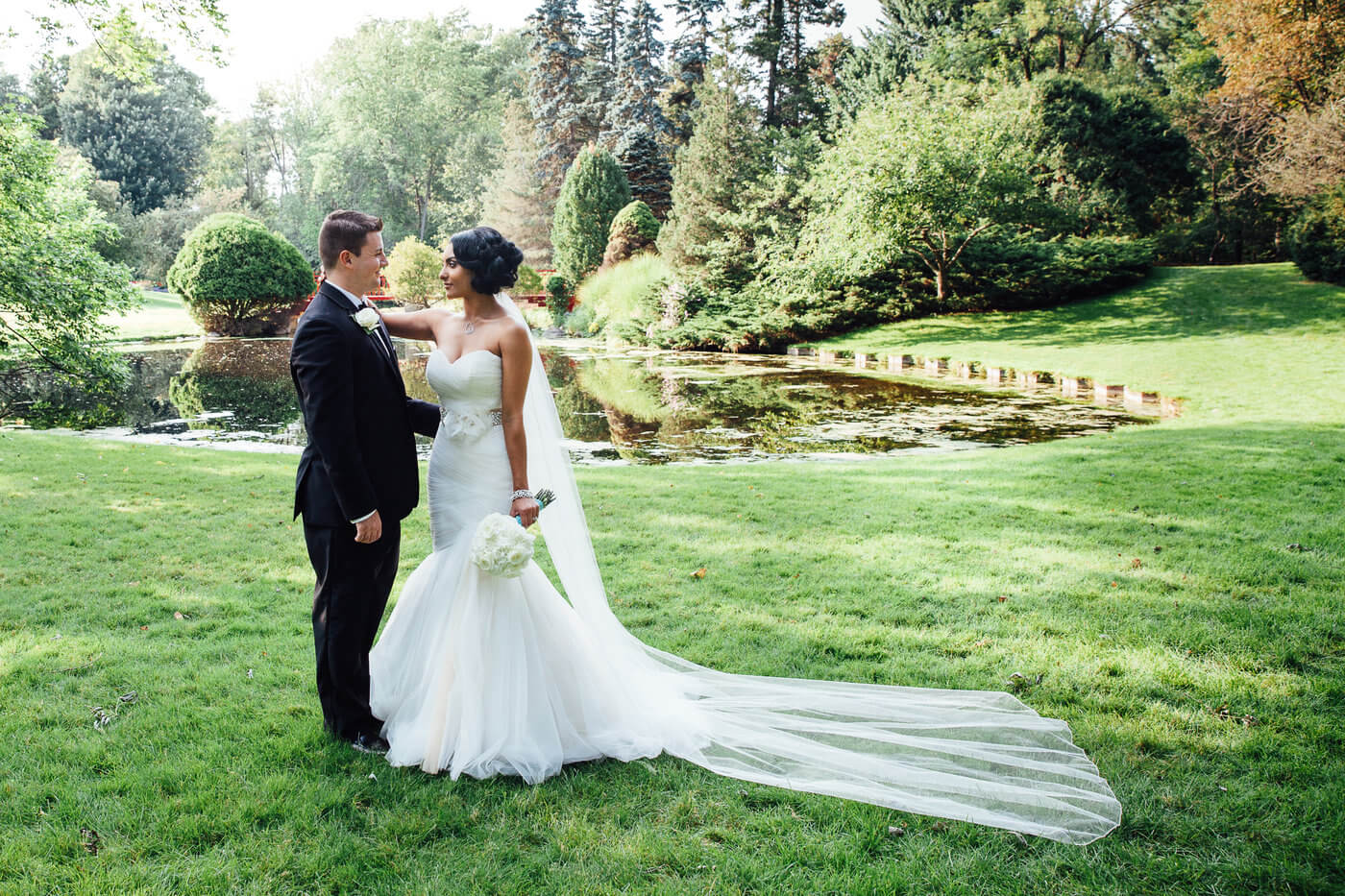 Alex & I have many mutual friends but didn’t officially meet until Spring of 2013 at a basketball tournament he put together for our friends in Flint. That was the last time we saw each other until Summer July 2014. A couple of weeks go by & we met again at a friend's graduation party. Everyone that knows Alex, knows he doesn’t dance, but I did so I dragged him out & apparently, that sparked an interest, well for me it did. We had a beach day that summer with a bunch of friends, hoping I would see him there, I didn’t. My friends & I decided to leave early but little did I know, he showed up with his friends shortly after we left (This all happened within a month). A couple of weeks go by & he sent me a message through Instagram & the rest was history!

4 months into dating we both just knew we wanted to be together. I always mentioned how I wanted a beach proposal..well we live in Michigan & during that time it was winter, how's that supposed to happen? Months & months go on & I would mention a proposal & all I would get is “Soon”. Finally, it was April 10, 2015 & both families were getting ready for a trip to Traverse City. That next day April 11, 2015 we had dinner (not thinking a proposal is going to happen, it was still freezing cold up north & I always wanted a beach proposal) The guys leave us girls at the restaurant. Both our mothers were stalling.. I’m sitting there like “Uhh? What’s going on?” FINALLY we leave! We arrived to Mission Point Lighthouse where there is a trail of roses, lanterns, & an infinity symbol (We always say “to infinity & beyond!” He got down on one knee & asked me to marry him. I’m sure there was more to that but let’s be honest.. I blanked & don’t remember anything other than him using my full name & “Will you marry me?”

Side note: I’m originally from Grand Rapids & Alex is from Saginaw. So long drives back & forth to see each other those months we were dating & planning the wedding. Months of driving back and forth to plan our wedding in just 4 months & it was finally here August 22, 2015. We never did a first look & I’m glad because everyone got to see his reaction to seeing me for the first time (Isn’t that like the best thing for a guest? I love seeing that at weddings.) Our wedding was so simple yet elegant & that’s exactly what I wanted since I could remember. We did have a candy bar, it was definitely a hit! Our guest loved it! We immediately made time for our guests after dinner, & danced the night away!

The one thing I do regret is not getting a videographer. We, unfortunately, decided to pass on that for our package, but now I wish we would've added that! I may have all the wonderful pictures but I would’ve loved to “relive” that day again. Our engagement & wedding photographer, Luanne Shillingburg (Lexilu Photos) was the best I could ever ask for! Gaertner's Greenhouses & Flowers: Saginaw, MI for making my beautiful bouquets. Horrocks: Lansing, MI, for carnations & roses for our centerpieces (best pricing for bulk) Gourmet Cupcake Shoppe: Saginaw,MI , for customizing our wedding cake (plus we got a FREE one year anniversary cake!) Josh McFarland (DJ JWILL4REAL): Grand Rapids, MI, He was truly the best DJ! Josh was very helpful throughout the process. I was clueless about when we should do all our dances & he was also very helpful with that! I grew up listening to every genre & wanted every genre played, he had all the songs we wanted. Our family & friends who help set-up our reception. Everyone involved in planning, decorating & food prep, I’m truly thankful for. Without them, our day wouldn’t have been the same! Especially my mother-in-law Michelle for driving to every venue with Alex, knowing exactly what I had in mind, they found the best reception spot! (I didn’t see the reception hall until after it was booked!) Last but not least, Fantastic Finds & the girls who helped! Catrese was my consultant that day, even though pregnant & I’m sure very tired she was the best!! I had a ball gown style in mind but Alex wanted me to have a mermaid style dress. She suggested that I try both styles because who knows I actually might like the mermaid. 6 dresses in & I was not having it anymore. Very confused, Catrese reassured me everything would be ok. Finally, both mothers found a dress they that I would love (little did they know, it was actually the dress I was eyeing the second I got there but was out of my price point) I tried it on & fell in love & of course it was a mermaid style! Kim helped during my first fitting appointment & was also the best!

“To infinity & beyond” - Toy Story

BACK TO ALL LOVE STORIES